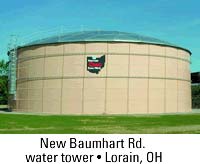 Northern Ohio Rural Water was formed on December 12, 1988 as Erie Huron County Rural Water Authority under Chapter 6119 of the Ohio Revised Code in order to provide a safe, potable water supply to the residents of portions of Erie, Huron and Lorain Counties.

Besides continuing its systematic expansion of service where feasible along county and township roadways, NORW has expanded into the Northwest corner of Erie County and into Sandusky County. The project involved over 20 miles of new water line construction to approximately 400 customers along the South shoreline area of Sandusky Bay. The distribution system includes a new elevated water storage tank and booster pump station. The finished water supply for this expansion is provided under a cooperative agreement with the Erie County Sanitary District. We had another Sandusky County project which involved over 36 miles of new water line construction in Green Creek, York, Sandusky and Riley Townships.

In 2008, NORW contracted 72 miles of water lines in Huron & Seneca counties. In addition, a 400,000 gallon water tower was constructed in Reed Township. In 2009, a pump station was installed in the Village of Havana and we completed a Huron County project which involved water line connections to the Holiday Lakes Community in Willard. 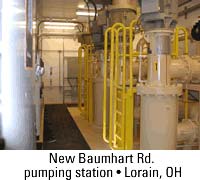 Backflow Prevention and Cross-Connection Cont...
What is a cross-connection? Any physical connection created between a possible source of...
Updated May 27, 2022 - 10:02am
Are You a Critical Water User?
At NORW, we care about your health and understand that people with serious medical...
Updated April 25, 2022 - 9:37am
SERVLINE - (RESIDENTIAL ONLY)
Starting December 1, 2022, Northern Ohio Rural Water's Leak Protection Plan rate has...
Updated December 14, 2022 - 9:57am
END_OF_DOCUMENT_TOKEN_TO_BE_REPLACED

Sixty-one percent of Americans rely on lakes, rivers, and streams as their source of drinking water. The other 39% rely on groundwater—water located underground in aquifers and wells.